These days we receive frequent reports about technological developments designed to reduce energy consumption and improve the performance of air conditioning and refrigeration systems. However, they often overlook one small yet central component in such systems: the heat exchanger. In recent years, innovations in heat exchanger design have dramatically improved both the environmental and cost profiles of air conditioning and refrigeration systems. Let's take a closer look.

Until recently, the type of heat exchanger most commonly used in condenser and evaporator applications in air conditioning and refrigeration was the fin & tube (also known as RTPF coils). However, the limitations of this design prevent it from competing in the modern race for leaner, greener solutions. One problem is that the efficiency of fin & tube coils can only be boosted by increasing the coil face area, which means enlarging the condenser and evaporator, thus creating heavier, bulkier units. Given the global demand for lighter, more resource-efficient and space-saving air conditioning and refrigeration systems, this solution holds little appeal.

Other downsides of fin & tube coils are galvanic corrosion, the high price of copper and the large volume of refrigerant they require.

For these and other reasons, more and more companies are turning to Micro Channel heat exchangers (MCHEs) to develop their next generation of products. First built for use in car air conditioners, MCHEs have come a long way in the last decade. Thanks to the development of new, lighter weight designs, they are now suitable for use in many different applications. Indeed, their modern energy- and resource-efficient design overcomes many of the limitations that characterize fin & tube coils. Here's how. 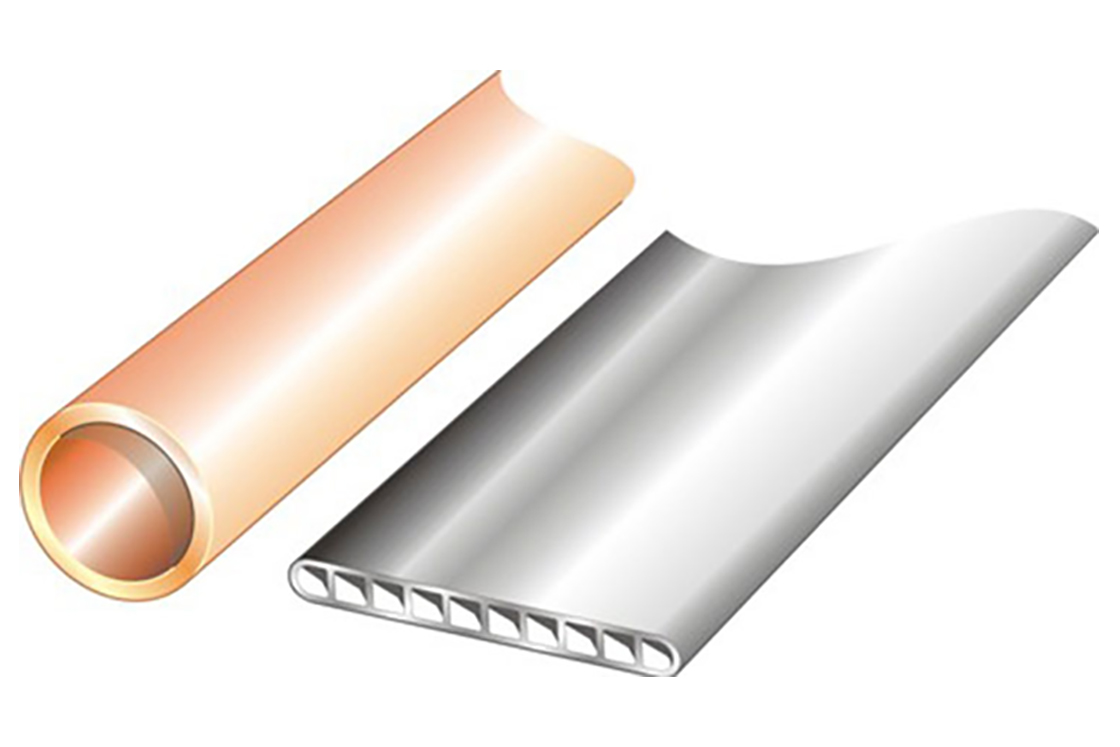 To begin with, the shape of the refrigerant-carrying tubes is completely different. On the left is the traditional copper tube, and on the right, a modern MCHE. The design of the MCHE tube gives a much larger heat transfer surface than the cylindrical tube, enabling more effective heat transfer.

Moreover, the refrigerant charge in MCHEs is reduced by at least 30% while achieving the same effect – making them cheaper to produce, cheaper to own and significantly reducing their impact on the environment. 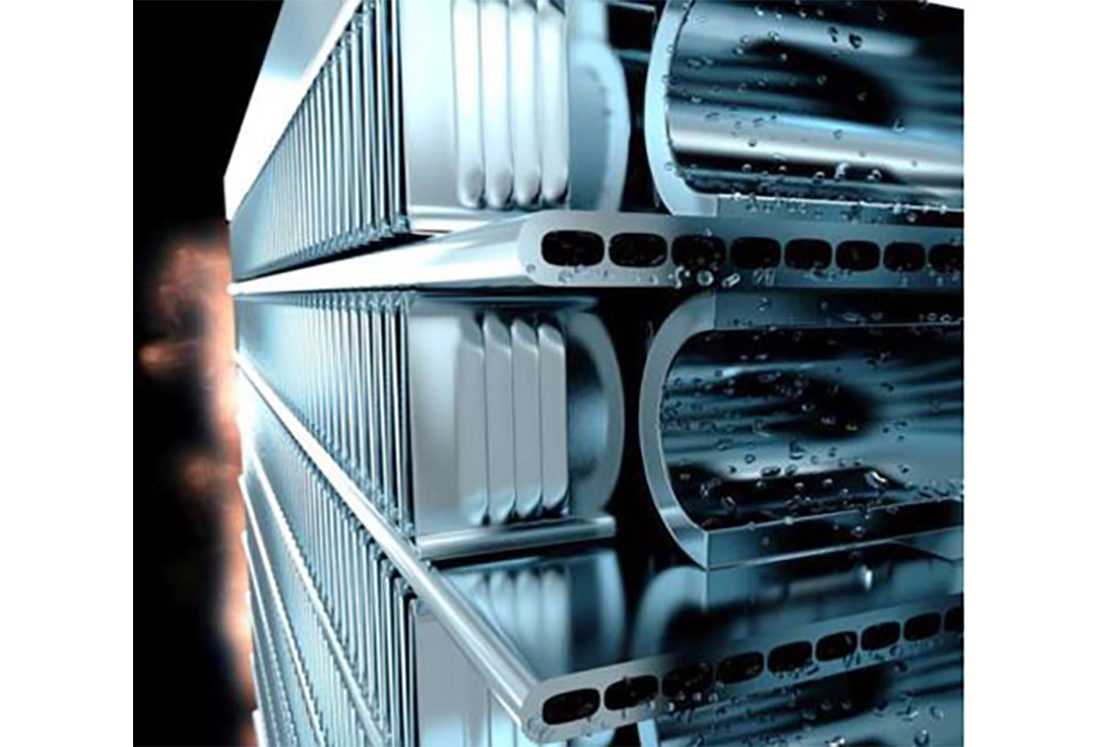 Smart use of raw materials

MCHEs are 100% aluminium, which eliminates the problem of galvanic corrosion. It also significantly reduces material costs, because the price of aluminium is about a quarter that of copper. What’s more, MCHEs use approximately 60% less raw material in total.

As a result of all this, the new MCHEs are much more compact than fin & tube coils. MCHEs can be made 35% smaller and 70% lighter, which reduces both transport costs and emissions.

As one of the early developers of Micro Channel heat exchangers specifically for air conditioning and refrigeration systems, Danfoss offers a broad and growing portfolio of products for use in a variety of applications.

To make it as easy as possible for new customers to start using this modern, resource-efficient technology, Danfoss now offers a range of standardized, off-the-shelf MCHEs. Available in small batches with short lead times, these standard products can be ordered directly from stock.