Savings now and for a lifetime

Danfoss air conditioning compressors reduce costs across the entire product lifespan in the application. They support system design for high efficiency performance and for the use of alternative refrigerants for light commercial, commercial and industrial HVAC applications such as rooftops units, chillers, process cooling, packaged units etc.

Development, operations, servicing: 3 levers for a lifetime of savings.

Running costs:
Danfoss technologies offer the widest portfolio for superior full and part-load efficiencies to reduce the running costs of the system. Staged and continuous modulation with state-of-the-art manifolding and variable speed solutions and highly efficient compression technologies, including oil-free magnetic bearing centrifugal and scrolls with IDVs, are Danfoss options to achieve the most demanding energy efficiency standards.

To support the market transition, Danfoss qualifies its product ranges for the use with lower GWP refrigerants.

Depending on the system capacity, the dominant refrigerants are R134a, or R410A. For air-conditioning applications where Danfoss has the widest portfolio for superior part load efficiency – ranging from 3 to 350 TR, is testing its compressor ranges with the following alternative refrigerants:

Illustration 1: COP comparison; the numbers in the map represent the advantage (in %) of the COP of a compressor operating with DR55 vs. a similar one operating with R410A
Illustration 2: the Discharge Gas Temperature of scroll compressor using R32 illustrates the challenges of applying R32 as a drop-in solution 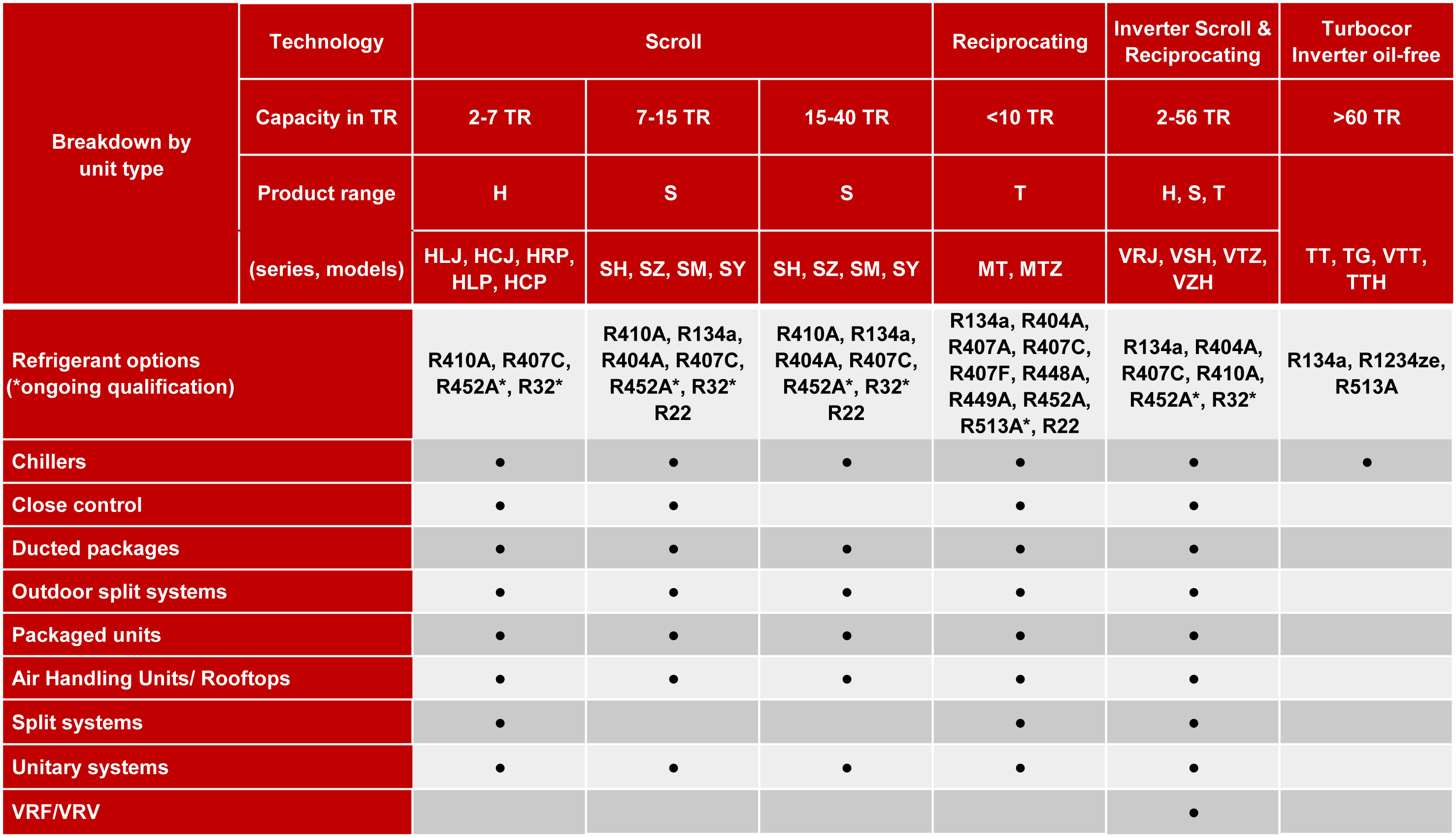