Whilst world cities occupy just 3% of the Earth’s land today, they account for two-thirds of the world´s energy demand and 70% of global greenhouse gas (GHG) emissions. As urbanization increases and the world’s population expands, cities are also expanding rapidly. Urban areas are hubs of economic and cultural activity and continue to attract people looking to leverage the opportunities which cities provide. Today, 55% of the global population live in urban areas; the urban population is expected to increase to an almost 70% share by 2050.

Cities have large carbon footprints that impact their air quality and health. More than 91% of the global population is being exposed to air pollution beyond the limits set by the World Health Organization. The sources of air pollution vary but heating and cooling of buildings and transport based on fossil fuels are main contributors. Cities need to curb emissions to increase liveability and create an environment for sustainable growth. Because cities’ potential impact on climate and health is enormous, so too are their opportunities to make a difference.

E-mobility remains one of the best solutions for combatting the twin challenges of the economic and climate crises. In Europe alone, e-mobility will create more than 1 million new jobs in vehicle manufacturing, charging infrastructure deployment and supply chains by 2030.

Transport accounts for 23% of global energy-related greenhouse gas (GHG) emissions today and for 34% of the 2050 urban GHG abatement potential. Transport is also a major contributor to air pollution, accounting for around half of current global NOX emissions. Currently available electrification technologies have the potential to eliminate these emissions by 2050. But action is needed.

With steadily growing transport emissions, ambitious policies and economic stimuli are required to reverse this trend and ensure a fast transition to electric vehicles and a roll-out of charging infrastructure to support this process.

The advantages of the technology are clear: air and noise pollution are reduced, while emissions are eliminated. Electrification is the most flexible, energy efficient and sustainable way to decarbonize the economy.

To help curb climate change by reducing emissions, comprehensive and rapid action is needed at both global and regional levels - but cities are a good starting point. The effects of pollution caused by transport are especially high in urban areas, where large numbers of people and vehicles move within a small geographical space and where ports are often situated. More than 80% of people living in urban areas are exposed to air quality levels that exceed World Health Organization limits, a phenomenon caused by using fossil fuel energy both to heat and cool buildings, and to power vehicles. To give an example, London is on the list of top-10 global cities where the chances of dying from transport pollution are high.

Cities occupy just 3% of the Earth’s land, but account for two-thirds of the world's energy demand and 70% of our global GHG emissions. But cities’ high density of facilities and infrastructure also offers a unique opportunity to drive cost-effective technology innovations, and to exploit synergies between sectors to create a highly efficient energy system.

A new report from Navigant shows that electrifying transport in urban areas would be the greatest lever in moving from a business-as-usual climate scenario to a 1.5°C pathway. If all urban areas electrified their private and public transport, they would contribute 28% to the 1.5°C target of the Paris Agreement.

Further, this analysis shows that the greatest emission reductions will come from cars and trucks, which contribute 35–60% and 36–48% of transport emissions respectively. But to get there, a steep uptake of technology is needed. For example, if London is to reach the 1.5°C level, two-thirds of London’s passenger cars and all its buses must be battery electric by 2050 (buses even earlier). This would spare Londoners from 1.7 kilotonnes of annual NOX emissions - the equivalent of 5 billion kilometres driven by diesel vehicles.

Despite this huge potential, Smart Cities will not be able to solve these challenges on their own. There is a need for vertical alignment across all levels of government to ensure a clean energy transition – not least in the current context of economic recovery, as decision making, regulation, planning, infrastructure, funding and delivery is often shared across regional, national and local governments. Whilst cities can, and do take the lead in many examples, funding and regulatory support and cooperation is required from all levels of government.

Further warming may be unavoidable but limiting it to 1.5ºC above preindustrial levels would reduce climate change's most dangerous and irreversible effects – and we know that in terms of technology and financing, the 1.5˚C target is feasible.

E-mobility must be at the heart of green recovery as it will help deliver economic growth, future-proof jobs and the climate targets. Doing the climate math is easy – we know what it takes, but the climate clock is ticking and without global, comprehensive, and near-term action, a 1.5-degree pathway is likely out of reach. 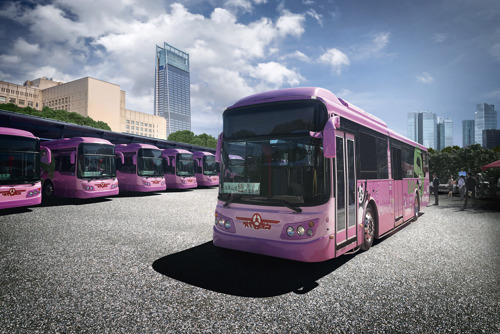 Just from implementing Danfoss existing technology solutions, urban areas can bridge half of the gap needed to reach the 1.5°C target. At the same time, these specific technology investments in urban areas will contribute more than one-third of total needed national emissions reductions.

Restarting the economy and boosting the GDP don’t have to come at the expense of our climate. Quite the opposite. The climate and economic challenges are part of the same solution. Let’s protect our climate by investing in a low-carbon economy. This will also ensure that the jobs we create today are there in the future. For a successful transformation we must focus on energy efficiency in our buildings, cities and industries. We must drive the electrification of our world forward and integrate sectors and systems in much smarter ways. These green solutions are ready and proven. This is our chance to accelerate towards carbon neutrality. This is where the transformation starts.

Have a more detailed look at here.