The district cooling system in Sydbank is one the first at all in Copenhagen, mainly due to the fact that Danish regulations were not ready for DC before 2009. There is no doubt in the mind of Svend Aage Petersen, that district cooling is a huge step forward concerning offering a stable and costeffective cooling system. “A traditional cooling system, which would include 2-3 tons of installations on the rooftop would, according to our calculations, cost the double amount of the district cooling solution. This correspond to a cost reduction of 42 %, so the company saves a lot of money and gets a much better cooling system at the same time. A traditional system moreover looks terrible placed on a rooftop”, Svend Aage Petersen says. Concerning operational costs the cost reduction adds up to 45 %, which includes huge savings on electricity (The electricity bill is 110 times lower for district cooling than for a traditional cooling system) and expenses for service and repairing. “Naturally the yearly costs can vary, since you never know how much the bank will actually use the cooling system. Will they use it additionally 3 or 4 months per year? That depends on the demands of the staff and how warm the summer will be”, Svend Aage Petersen says. 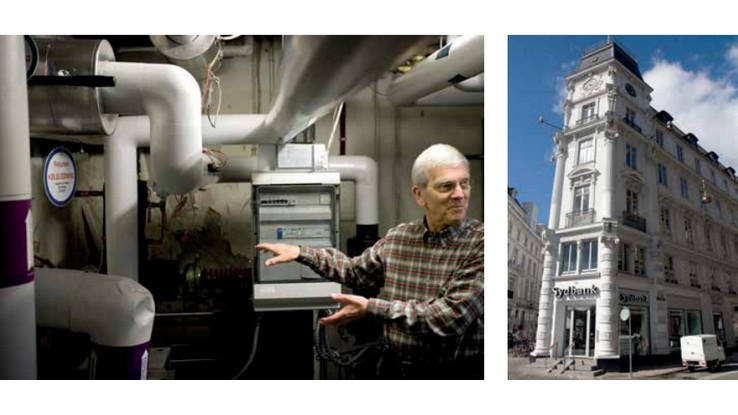 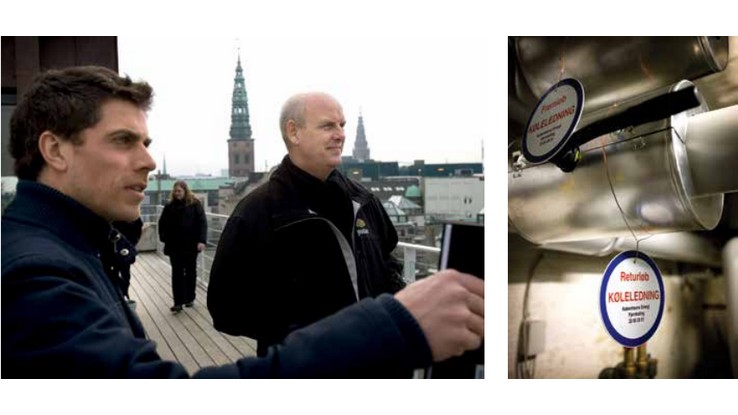